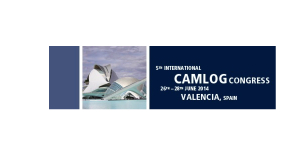 From the research to the clinical practice: the micro-grafts challenge.

Abstract
In the last twenty years the stem cell research found several problems in transferring the scientific models into clinical practice.
The main reason is that the technical approach to the tissue engineering in animal research is not routinely repeatable in medicine, due to legal, clinical and technical issues. The only way to use the regenerative potentials of the tissue up to now in clinical medicine was in the grafting procedures, moving matrix, cells and factors from an healthy niche to an injured niche. The autologous grafts are preferable although they have some limits for the donor site in terms of tissue sacrifice and morbidity.
In addition, although the innovations during the last years, a crucial issue for the autografts remains the cell and tissue viability: after collection, it dramatically decreases, to percentages lower than 50% reducing the autograft regenerative capacities. The cells death is due to the vessel interruption and the subsequent reduction of the feeding for the tissue, but reducing the dimensions of the grafts, cutting the tissues to small particles or chips to allow the feeding by fluid diffusion for the first phase of healing, is itself a killer factor and cell death problem remains.
RIGENERA protocol is a new approach to the clinical regeneration of the human tissues through autologous micro-graft obtained by a CE Class I innovative medical devices called Rigeneracons.
Using the RIGENERA protocol the patient is, at the same time, the donor and the acceptor of calibrated micro-grafts of 50 micron and this system permits to increase the cell viability in the surgical site that need to be regenerated. The dimension of 50 micron has been choosed according the evidence showed from different scientific proofs (Baksh et al. 2004; Javazoth et al. 2004; Laino et al. 2005,2006; Porada et al. 2006, Graziano et al. 2007,2008)that in every solid tissue exists a side population rich of progenitor cells characterized by definite dimensions. The goal of Rigenera is to help the collection of viable progenitor after a specific filtration in a sterile suspension, that at the end of the process is ready to use as itself or after a mixing with a biomaterial to perform a graft of a biocomplex.